Two key areas arising from tutor feedback for assignment four were the use of different blacks and the idea of liminals – edges or margins. A further area was an exploration of line in portraiture which I will address in another post. This one, I feel, takes priority because I can see how investigation might influence assignment five.

I gridded a sheet of black A3 cartridge, added a further layer of black using gesso, and replicated the experimental cells so that I could apply different media on both a black and a white gesso surface. Gesso inevitably creates a bulk and texture that doesn’t exist in the paper itself and so there are peaks and troughs in the surface for each medium to catch on or sink between. This first image was taken in the dark with flash to maximise the reflective qualities of media such as graphite (1), pencil (2,3), and biro (17). 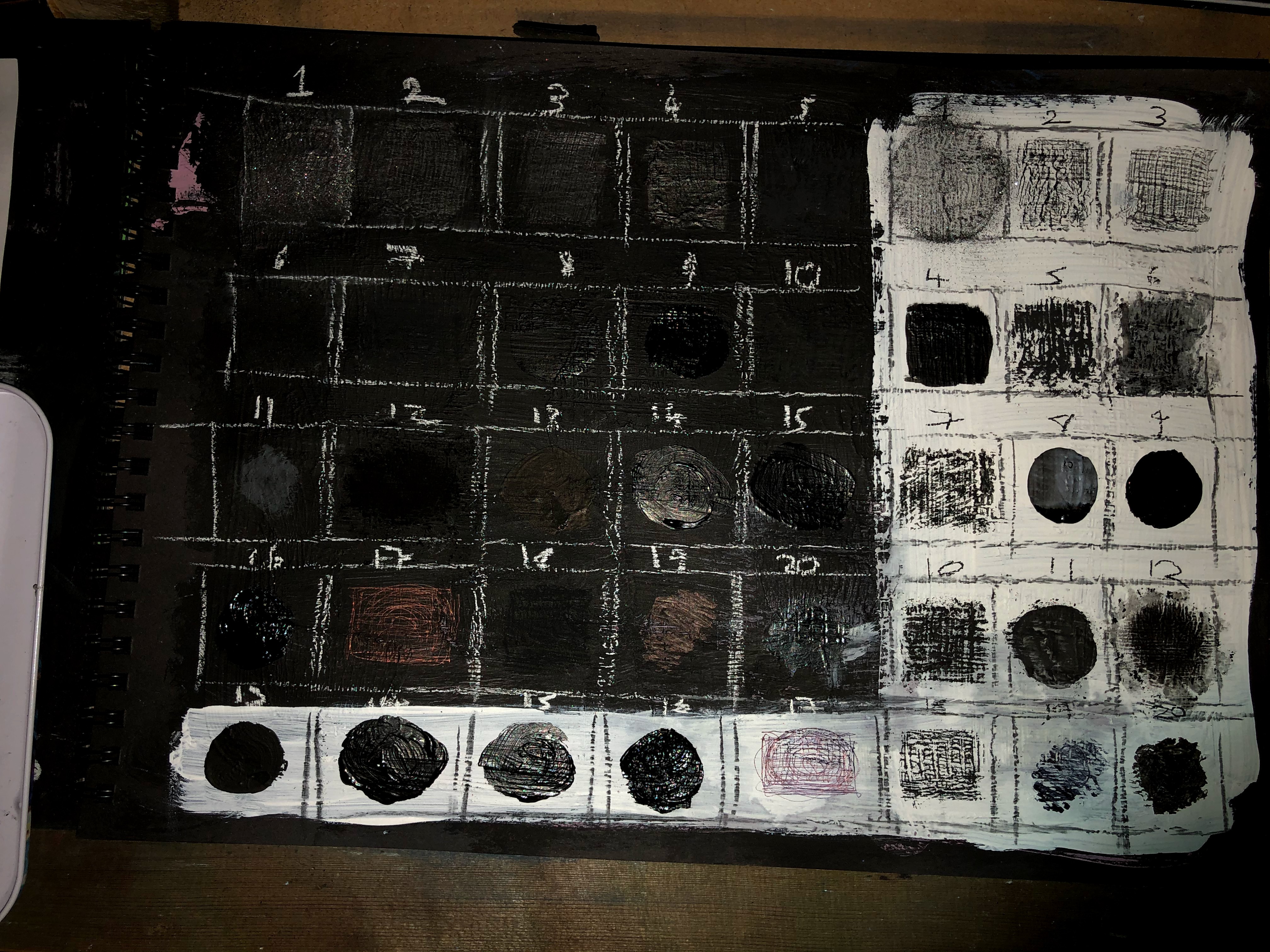 In daylight the differences are unexpectedly much more marked. Perhaps this is due to the flat directionality of flash versus the more canted light from windows. It shows quite clearly that Black is definitely not Black, no matter what Los Bravos would have had us believe! 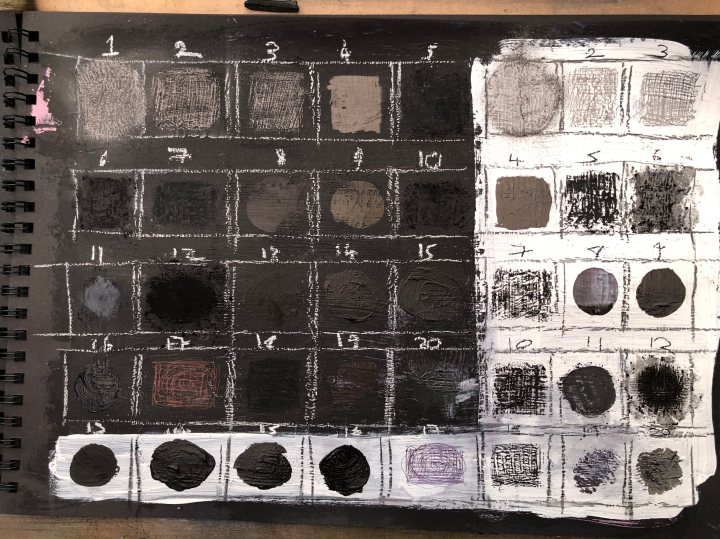 This is the same grid on hot pressed watercolour paper, a new acquisition that I hadn’t tried before and perhaps a little extravagant for an exercise of this kind. Still, I have a feel now of its solidity and it seems to resist buckling when water is added. Again, black is a different beast depending on the medium, and illustrates how these could be used to overlay or abutt other areas of black in the creation of margins, edges, liminal areas.

Key to location of media with the exception of 13 and 16 on the white watercolour paper where these are reversed.

This brings me to liminals or margins, terms I’ve come across in literature where they often refer to shorelines, sky lines, and other natural features but I suspect could also refer to city or village boundaries where development makes way for fields or deserts – or vice versa if we consider the likes of Dubai. And what about cultural margins? As the report into the Grenfell Tower fire becomes public, we’re brought up against the margin between areas of affluence (and generally whiteness), and poverty (frequently racially ‘othered’).

Definitions of ‘liminal’ tend to mean a threshold of some kind, a moment between one state or time or condition and another, uncomfortable due to the uncertainty of the latter. It seems to me that every node of learning is a liminal event; letting go of the known in order to fully appreciate the unknown and move forwards. If ever that were true for me, it is now although I recognise it from past transitions – hanging onto nursing skills and competence while becoming a psychologist, and hanging onto psychology while learning about writing. Just now, I’m hanging onto all three because art is nothing like any of them, although creativity and flexibility of mind is central to all.

This is the image that prompted the discussion: 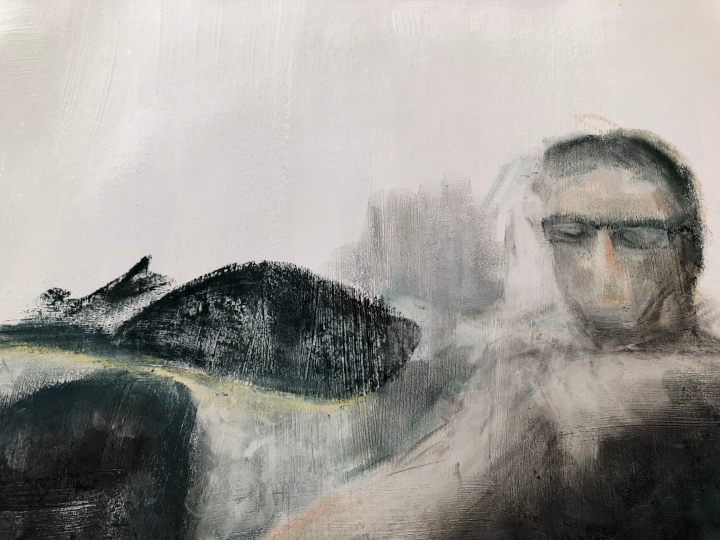 I cropped it from the larger piece because there was so much wrong with that piece and much more that felt right about this tiny part of it. The liminality comes between the body and the head of my cat, sleeping on the back of the chair and I really couldn’t be more pleased about managing to leave that space as is instead of ‘drawing’ into it.

What I want to do now is to think more about liminals, blacks, and assignment five in the context I’ve been considering to date – that of ‘copying’ (as in replicating the essence of) four well known works but using my own voice. I am thinking too about employing text somewhere in these pieces; excerpts from literature or poems of the same era as the painting perhaps, but not as collage and possibly not as typography, rather some way that either integrates with the image or smacks it with a different context altogether. Text relating to fishing quotas in Turner’s Fishermen upon a Lee-shore perhaps.