I came across the term chiaroscuro many years ago and subsequently forgot what it meant then confused it with sgraffito. A little analysis would have clarified that, given the latter’s close approximation to graffiti. Chiaroscuro is about light and the use of paint to create that illusion on canvas. Sister Wendy Beckett (Beckett, 2001) notes an early example of this (see above) and makes the link back from this Roman piece to Hellenistic art. I find this painting startling in its realism; representational without being frozen. It looks alive. The small glass vase in particular has a fragility to it, and a transparency that I find enviable. Achieved with so few marks and such restraint, it stands out from the rest – as it should – which look, with barely a line, to be counter-balancing solids.

The more commonly acknowledged masters of light appear closer to our own time: Tintoretto, Caravaggio, Rembrandt, Wright. Looking at their work, the ways in which light – which is often derived from either a candle source (indoors) or a more celestial one – operate to pull out and make centre stage the key figures, must have come not only from observation but also imagination as those conditions must have been subject to significant and sometimes rapid change. In Joseph Wright’s 1766 Orrery, for instance, it’s hard to see how such a bright light could possibly be emitted from the structure into which everyone is looking. What is in there that could be so brilliant? Or is it a metaphor for the brilliance of the orrery itself? 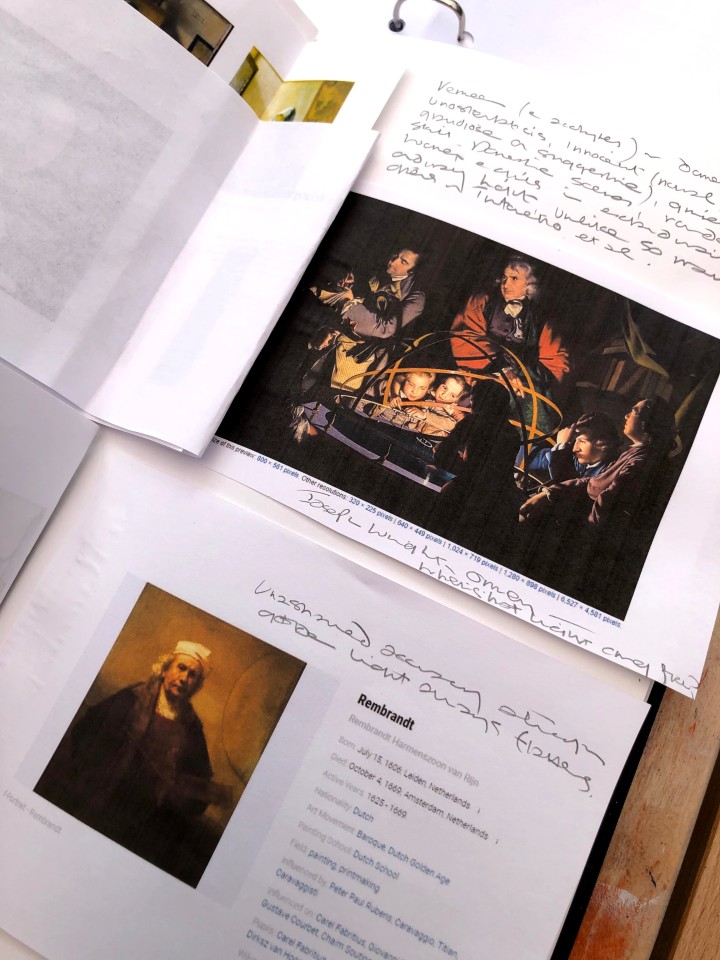 In Tintoretto’s The Last Supper (1592-1594) the light source absolutely must be imagined as it’s depicted as originating in celestial (religious) and spiritual entities. It’s a marker of edges and creator of lines, almost as though the picture is a cartoon, but maybe, since this is one of his last paintings, a sign of failing eyesight. 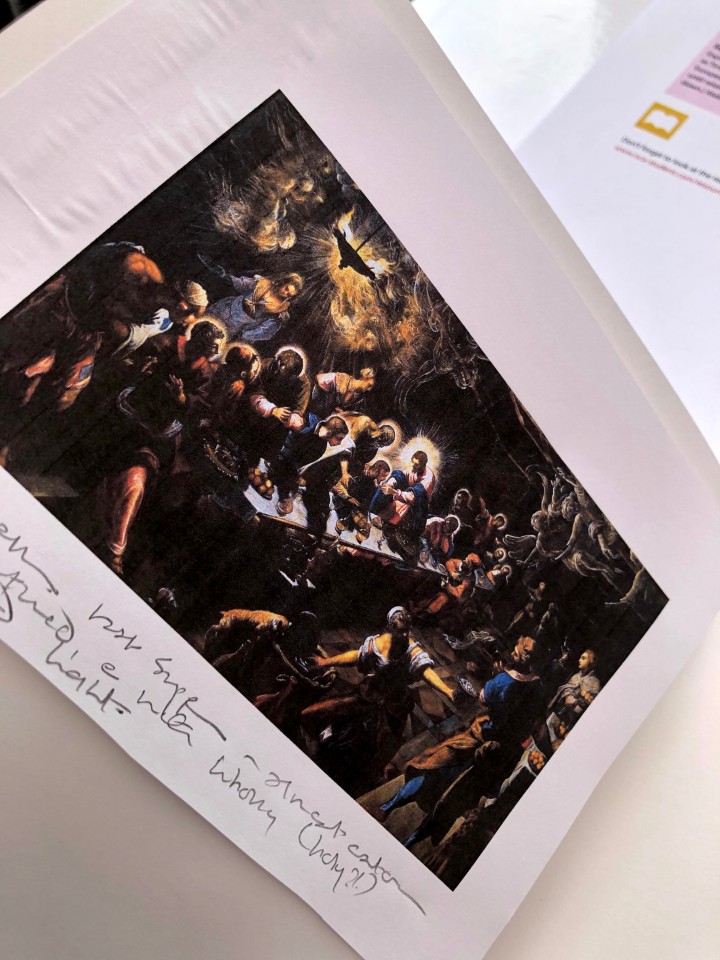 Rembrandt (1606-1669) seems to have been a rather more down-to-earth painter (described by Sister Wendy Beckett in her video as quite an ordinary man with no pretensions), portraying people as they are in an honest and realistic way. In one of his last self portraits, there is no gloss on his ageing appearance although the golden light that seems to come from somewhere to his right and may be late sunlight, is probably more flattering than a harsher morning light or one of Caravaggio’s sparky outlines.

The thing they all do is create depth – there can be no shadow without light (and no light without shadow) which I think is a point made by a character from Haruki Murakami’s novel 1Q84 and which has both pragmatic and metaphysical meanings. Moon craters would be invisible if the light came from directly above each one in each place at every point in time – there would be no 3D to them and so no indication of their shape, size, or depth. This illustration I think brings the idea home – the moon is unfamiliar territory with no common references beyond its own geology and geography, we don’t ‘know’ it the way we ‘know’ the Grand Canyon. Light is information. 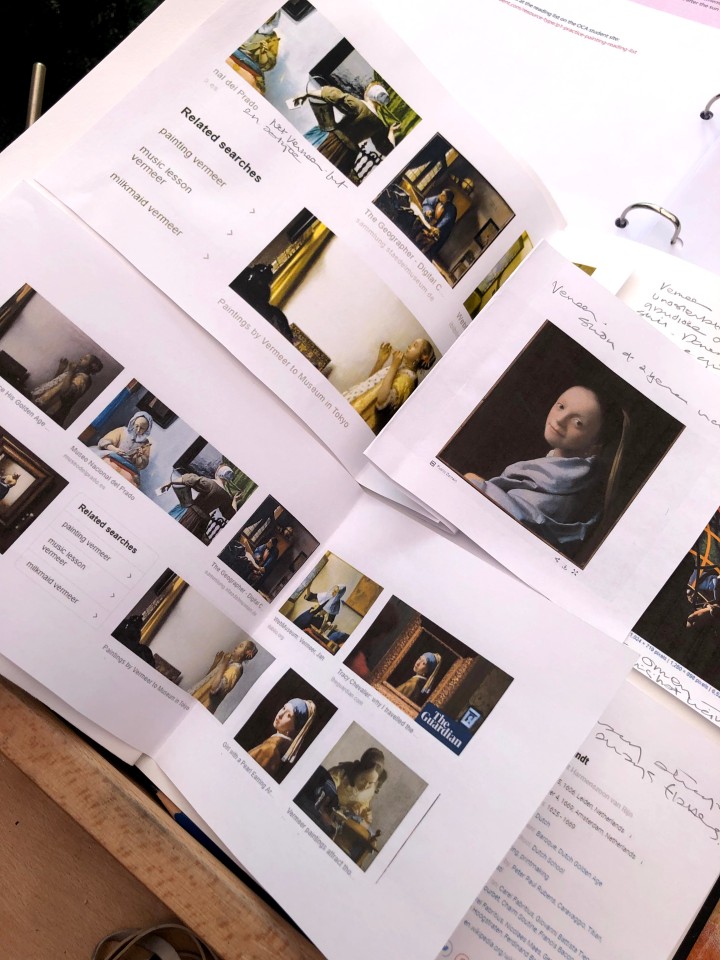 My favourite though is Vermeer, and not just for his use of natural light, so often through windows, but for his simplicity of approach and his focus on ordinary domestic scenes which become quite extraordinary in his hands. The Girl with the Pearl Earring is the best known but there are so many others; Woman with a Pearl Necklace (c 1662-1665) for instance in which a young woman seems to showing off her pearls to the light from the window. She certainly isn’t looking at them, she’s looking upwards. Then there’s the beautiful, soft, open faced Study of a Young Woman (1665-1667) – no drama, no blinding illumination, just a gentle light that allows this young woman to show her openness to being painted and an apparent trust in the artist.