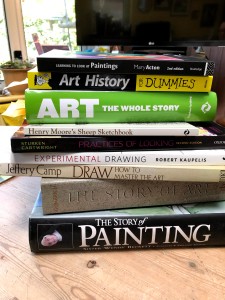 Years ago, when the words ‘reflective’ and ‘practice’ began to enter the vocabulary of our clinical trainees, those of us longer in the professional tooth thought it a little fanciful. After all, reflecting was what mirrors do and mirrors are passive so what was the point? As time passed, it became evident that it referred to the process we understood as consideration – a thoughtful balancing and weighing up of events retrospectively in order to learn from them.

Latterly though, and seeing it here in this different context, I’d be inclined to expand that understanding to include something more transactional and transformative; a process that can and should lead explicitly to change in the person reflecting so that something different can happen and progress be made.

These thoughts came to me after our video tutorial and I find it fascinating when something that must have been bubbling away finally breaks the surface following a discussion. There’s something about having to organise language and ideas on the hoof so that you can communicate them to someone who knows so much more and to have that followed up in the turn-taking manner of a conversation. Written feedback is valuable but I think dialogue can be intellectually liberating and capable of forcing creative connections and information retrieval in a way words on a page may not.

Retrieval, in fact, was one of the points we covered. After a lifetime of having knowledge to hand without having to work very hard to find it, the yawning gap when I reach into my head for something suitable in this world is self evident. My task is first to build a recognition bank – images and names that, when I come across them, I’ll be able to acknowledge. As this increases, those little dots of data will, like a bacterium on a petri dish, gradually spread and make connections until enough of them exist as a network to make recall possible. Recognition is a doddle; if you’ve seen/heard it, you’ll easily pick it out from a bunch of other similar items you’ve never come across. Recall requires an active search – that actor you’re sure you know but what was their name? – much harder.

I’m still at the recognition stage but things are beginning to stick and I was relieved to see that you understood where I was trying to come from. Two more books sit in the pile next to my computer (thank you!); all of them essentially idiots’ guides (especially the Dummies’ Art History and yes, it’s useful!) and there so that I can flick through them to help build that missing memory store.

The more pragmatic points we discussed included working some more with pastels, particularly blending which seems to work better for me on right hand margins than left and may be down to handedness, and tonal quality. You encouraged me to experiment more and to make a wider variety of short and long sketches in different media. It’s easy to get trapped, I think, in something that seems to work and to fail then to feel around for something different.

I was so very encouraged to hear that small areas (moments!) worked well enough to be remarked upon, especially as they were ones I liked too. Taking them to a larger stage while keeping their vitality will be a challenge, but why else am I here?

There were many other points, most of them ‘more of’, ‘bigger’, and moving out of my comfort zone – which I must say is a rapidly expanding universe considering where I started – plus housekeeping in terms of actual labelling of the pieces included in the folio. Dear me, yes!

We also discussed my proposed transfer (now completed) from Fine Art onto the Painting pathway as, with more insight into the various modules, it became clearer to me that the final level of the latter was more consistent with where I actually thought I was heading. I’m very grateful for the support you offered following this decision.

I can see that my ability to offer commentary with regard to researched work and its influence on my own is still very limited. I believe the vocabulary will come and, along with that and a proliferating network of cognitive connections, I’m relatively confident that I’ll be able to ‘see’ what needs saying and to place that in referenced context. I’m unused to repeating or delivering quotes without understanding, hence the current blanks, but I can see that this will change as the structures I need settle into place.

I have Part Three underway and, sheep distractions notwithstanding, I’m finding this as invigorating as the previous parts, although I always balk at the start of any new exercise until I’ve disabled the I-can’t-do-this filter. I’m looking forward to another discussion in June when that assignment is in.

Thank you for your thoughtfulness.