This is the one that sweeps across your line of sight and off into the top left hand (or right hand) corner. I found a couple of suitable photos (my own) to work from. This first I took some years ago on a wild day in Brighton with the sea pounding up the beach. The second is more recent; a street scene locally. 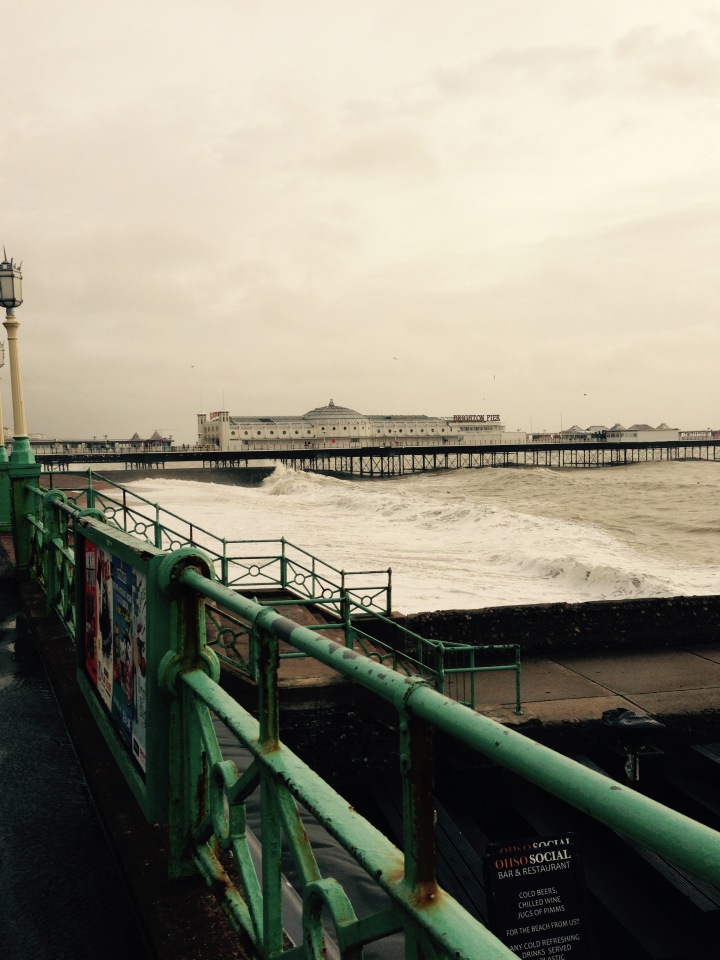 I thought I knew where this was but I realise I don’t! It’s somewhere nearby but my capacity to recognise views without the whole context is appalling. Driving along a regular route, I can only see what’s ahead, I have no ability to call to mind the view from the other direction. I like to think that’s because I’m supremely focused on my driving but the photo example doesn’t really bear that out! 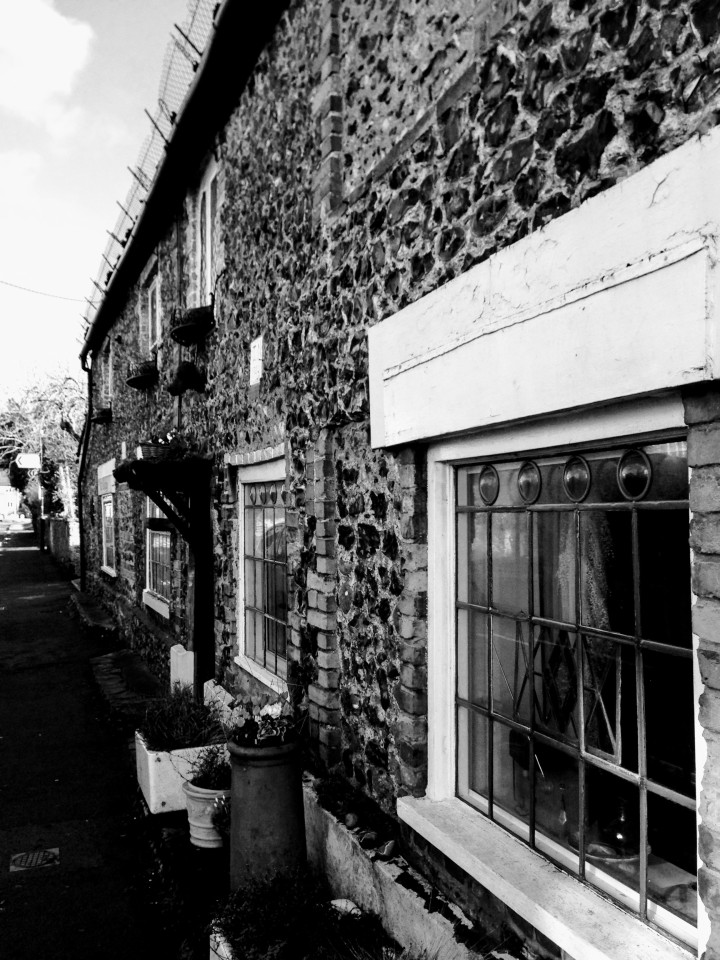 So, now my spatial inadequacies are exposed, the rationale behind reverting to monochrome and drawing lines on a print might start to seem reasonable. I actually like this side-stepped arrangement – Brighton is nothing if not a bit now-you-see-it-now-you-don’t. 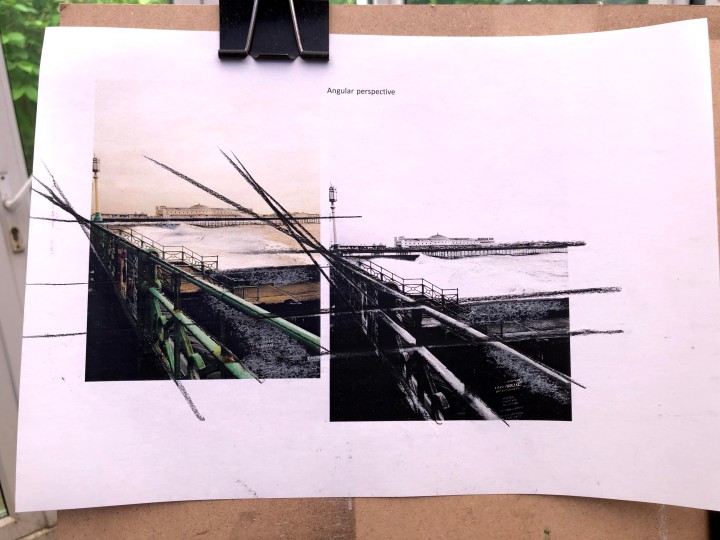 This is a first sketch. Conte on cartridge and a bit small for itself. I’ll go bigger tomorrow so I can get that whole perspective in those two frames and also the tiny detail of the rails in the mid-ground and the structure of the pier way back. Also those waves; I can’t let them go to waste.

29th April. Black, white, and a tiny touch of Brighton green charcoal. One image sliding into the second, and the second sliding away into the sea.

It’s a long way from perfect but I have an idea now how to do this sort of thing. I drew very hard lines on the photos in the position I wanted; the lines indented the cartridge beneath, I drifted some light grey charcoal over the page to show them up, then I constructed the drawing using those lines as guides. There’s half a chance my brain might get better at  executing these moves on its own in due course, but I’m quite sure complexity of line will always fox me and I’ll need to simplify. I’d have those middle ground rails out for a start, they look like a farmyard fence. Maybe could do with a tad more green. 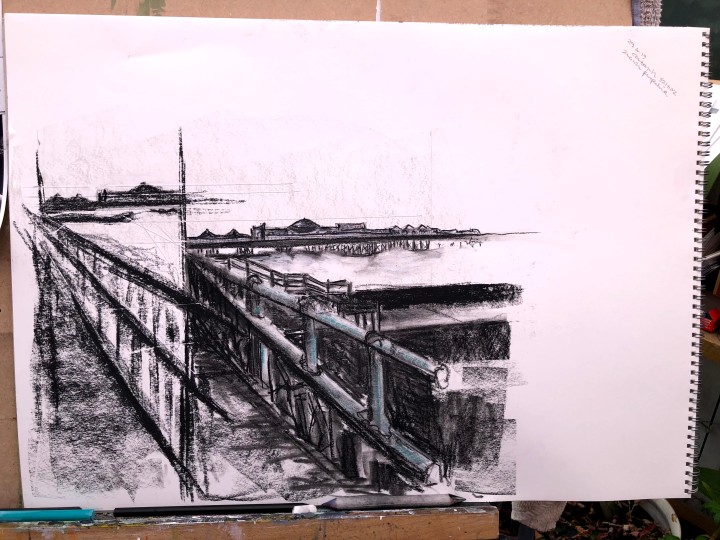 That’s enough, I think. Moving on!