This exercise requires the production of six poses and again I’ve used myself and mirrors.

I did rather forget about some aspects of the task through focusing on getting the shapes as near to right as possible, and although I didn’t make it that easy for myself I seem to be getting the hang of managing a sketchbook at the same time as producing the angles and shapes for the job.

I used conte and did the sketches quickly with some shading, mainly attending to axis and deviation from that. The first two are simple standing poses with the second leaning against the kitchen counter. One of these days I’ll get all of me onto the one page! 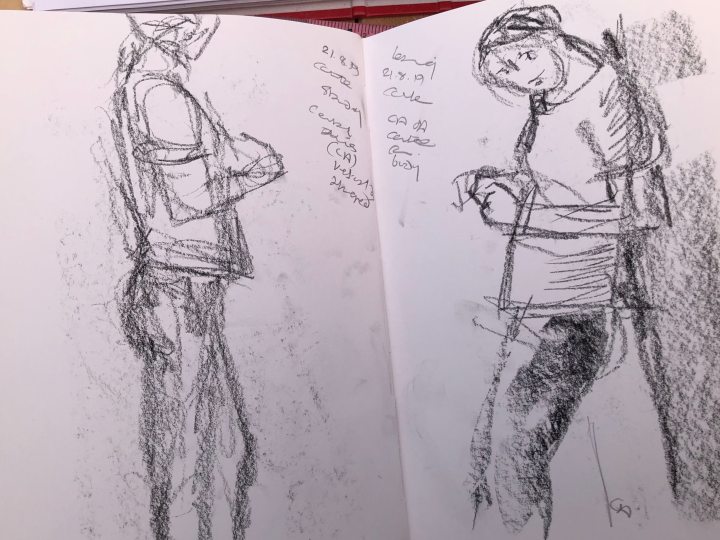 The first of these is a standing pose with more deviation from the central axis, second seated on a small buffet. This too has some centre of gravity shift with legs at a slight angle and shoulders compensating. 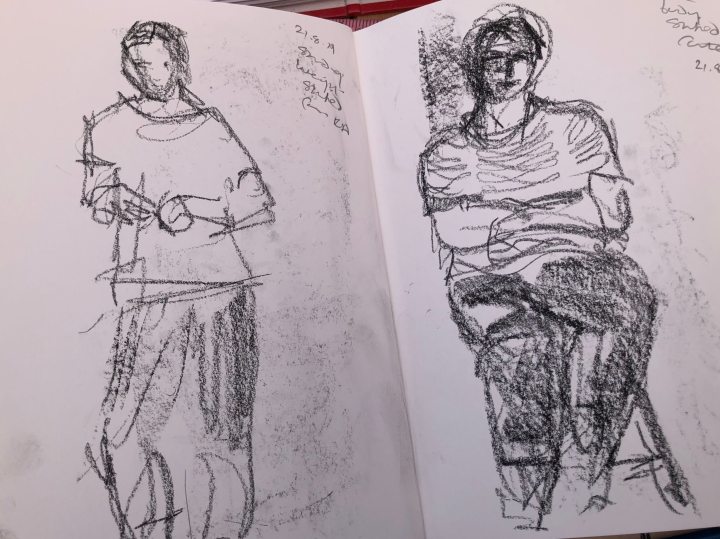 These two were the closest I could get to a reclining pose – propped up against the wall with feet up on a large cardboard box. I think the feet are too small in the second sketch but I’m relatively pleased – in an as-good-as-it-gets-for-now kind of way – with the tonal representation of form and volume.